The Hayes Symphony Orchestra was formed in 1947 and is registered under the name of ‘Hayes Orchestral Society.’ An Annual General Meeting is held each year to which all players are invited.

We attract players from all over South East London including Croydon, Bromley, Beckenham, Crystal Palace, Sydenham, Hayes and West Wickham. 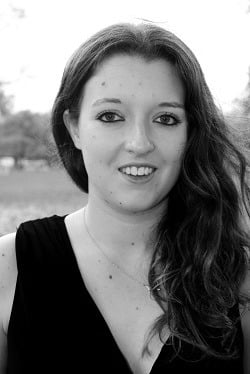 Having started her musical journey at a young age as part of the orchestras at the Bromley Youth Music Trust, Felicity completed her undergraduate studies in oboe and cello at Trinity Laban Conservatoire of Music and Dance in 2017. Whilst she was there, she began her conducting studies with Jonathan Tilbrook as part of her degree and with Alice Farnham as part of Morley College’s commitment to encourage and support young female conductors.

Since graduating, Felicity has been a participant on Denise Ham’s London Conducting Academy (2018/19) and on the Sorrell Women Conductors’ Programme (Phase II), led by Sian Edwards at the Royal Academy of Music. She has also been appointed Conductor of the Beckenham Concert Band and is an assistant conductor to Philip Mackenzie at the Amadeus Academy.

2019 saw the exciting debut concert from her own orchestra, Orchestra Nouveau, an ensemble that aims to provide dynamic performances with 20th and 21st century works at the core of their repertoire. She has participated in masterclasses with Toby Purser and the Orion Orchestra at the Aberystwyth MusicFest and with Paul Wynne Griffiths and the Orchestra of the Royal Opera House.

Alongside her work as a conductor, Felicity enjoys freelance performance opportunities as an oboist with orchestras and as a soloist in the UK, Europe and Asia. She is delighted to have this opportunity to work with the talented musicians of the Hayes Symphony Orchestra. 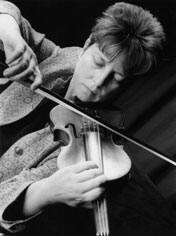 After graduating from the Guildhall School of Music and Drama, Lynn continued her studies in America at the Brooklyn College of Music and the world famous Summer School in Aspen Colorado.

She played in Orchestras in the Americas and Iceland before returning to London to set up a hectic teaching practice. As well as teaching in various schools, she has a large private practice and regularly runs her own courses, such as “Fiddlesticks!” (a junior orchestra in Wimbledon), “Sounds Together” (children’s chamber groups in Sydenham), and “Semiquavers” (music classes for the very young).

Despite the heavy demands of all this teaching, Lynn makes time for her own playing. She has led the Hayes Orchestra for nine years, founded and leads the Colour House Ensemble at Merton Abbey Mills, and is a regular member of the Tunbridge Wells, Isle of Wight and other orchestras

Hayes Symphony Orchestra would like to give thanks to our previous conductors Dan James, Paul Showell, Benjamin Ellin and Steven Moore who have worked with the Orchestra for a number of years. We wish them the best of luck for their future engagements.

For players of all ages from students to senior citizens.

Hayes Symphony Orchestra is a charity registered in England and Wales, number 1187993